How To Win Your 3 Internal Battles7 min read

One the movies from the 2000s with deep battles that I enjoyed watching was Gladiator. In case you missed the Oscar-winning movie run, here goes.

The non-spoiler story is this, a general becomes a slave and the slave becomes a gladiator. The gladiator becomes the hero who kicks the usurping emperor of Rome in the teeth.

One of the biggest transformation for Maximus (the protagonist) happens in Act 2 of the movie.
He discovers his family murdered. He gets captured by slave traders and sold off as a gladiator – talk about bad stuff coming fast and furious.

At first, he is content with looking for a quicker way to die and join his family in the next life. So, he is more than willing to drop his sword and take a beating. He remembers who he is, leverages all his experience as a soldier and a general commanding men. He fights so well that the crowd starts rooting for him. And that begins his journey back to Rome.

You have had this story played out so many times. It’s become the kind of inspirational stories that we all like to hear.
But we waste stories like this if we reduce them to “feel-good” emotional highs from victories.
Maximus faced his biggest tests outside the theater of the arena.
His greatest battles were in the quiet scenes with the old Emperor Marcus Aurelius. He wanted him to choose a life in Rome ahead of returning home to his wife and son.
But I don’t want to spoil the movie for those who haven’t watched it. I’ll do a segue into another story that also brings out the same battles
The battles found in the temptations of Jesus

When Jesus did Bible study with the devil

Most of us remember the story. Jesus had fasted for 40 days – that’s powering up. Matt 4:2
The devil decided to have a Bible bingo with Jesus. He decided to throw a bunch of scriptures at Jesus and hope that some of them might do the magic to convince him. Matt 4:3-11
It wasn’t a random pick of scriptures – it was a targeted tactic to get a desired outcome. Which he didn’t get.
Let’s see why he didn’t get it

Test 1: Do you choose Activity Based Identity?

The first test looked pretty simple. “Hungry Jesus, create an all-you-can-eat bread buffet. Not because you are hungry but for show. Show that you have the God factor”.
Jesus was hungry alright but He didn’t need to show He had the God factor. If he needed to do it to feed, he could have.
But this was more than that. His hunger could wait a few more hours. He needed to show that He is who He is without needing to prove He is who He is.
This happens to most of us. We want to do “something” so that we can prove to people that we are “somebody”
We want to buy the bling-bling so that people know God has blessed us
We have to do that social media post to show people that we are representing God well by giving to the needy
We want to argue with that guy to the death to prove that Christians too are smart
You can add to the list
Bottom line is that like Jesus, we need to choose not to do “something” to prove that we are “somebody”
We will only do things because the situation demands it.
God has made us secure in who we are to Him and we don’t need to do anything extra to prove to people who we are
We are secure in our God-given identity.

Test 2: Do you choose Activity Based Relationships

The second one was getting a bit closer to home
How do you get to show people that you got a direct line to God? By having God do a trick or two.
It’s not as simple as it may look
Asking God to show up and wow the audience to prove a point is a sign of unbelief.
At the waters of baptism, God had already said “This is my beloved Son in whom I am well pleased with” Matt 3:17
Asking God to do a show would be a sign of unbelief in the words that God already told Jesus
To be clear. Not all unbelief is the same:
– Some have roots in doubts-that-want-to-believe
– Others have roots in doubts-that-choose-not-to-believe – no matter the evidence
But as a mature son, Jesus could not afford to linger in seeking a sign to believe that He is God’s son.
As a mature son, the Word from His Father was enough – no need for a wow show.
I bet you have situations like that more than you would have wanted.
People asking you to expect God to give you a wow event to prove that He loves you.
When we were younger Christians, we may have got the wow event. But this seemed to reduce more as we grow in our faith.
That is one of God’s way of telling us that as “big boys” we should learn to trust His word and not look out for a wow event.
His relationship with us moves from loving Him because of the stuff we expect from Him. We do anything for Him because of His words to us and we don’t wait for a wow event to inspire us to love
We don’t ask Him to prove we belong to Him. We take Him at His Word that we belong to Him.
That’s what mature children of God live by.

Test 3: Do You Choose Any Process Instead Of The Right Process

Jesus had one main task – take back what Adam gave to the devil at the garden of Eden.
The devil gave Him a choice – go the hard route of the cross or take easy and seal the deal with me here.
The deal had a fine print. The deal would not meet the righteous demands of God, control would still be with the devil. The devil could knock on the door and take it back anytime.
It would also mean that God’s grand plan which had taken centuries to build up to went “puff” in one sweep.
It was a case of Jesus choosing the easier route to suit him or the harder route to make God happier. And He made the hard way the only way for Him. Because He loves God.
And we all face this every day – choosing how we reach a goal God wants for us. It’s not every time the hard route is the right process but sometimes the hard route is God’s best for us.
Faster is not always better. It may take longer but it keeps the focus of the story on God. 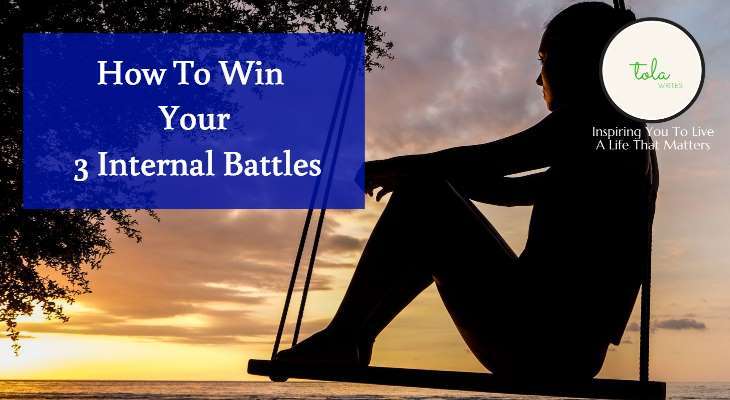 We all face these 3 battles in our lives
The victory of Jesus should give us the confidence that we can win them. A couple of thoughts come to mind which can help in winning our internal battles (from the Jesus battle win)
– God is always on our side even if nothing on the outside shows it
– The more mature we get, the less we should expect quick get-out-jail options from God
– God likes it when we do things in a way that gives Him control over the outcome
– God will sometimes want you to make the right choice all on your own. He trusts that you will make the right choice
By the way, it’s OK to fall. Even Simon Peter after over 3 years of training with Jesus fell flat on his face. But he didn’t stay down.
And that is what you need to do.
Anytime you fall, get up like Peter. But don’t follow the usual storybook advice to “believe in yourself” next time.
Peter learnt the hard way. You can see this when Jesus asked Him “do you love me more than these?” John 21:15.
He didn’t make any promise about following Jesus to the death. He replied, “Yes Lord”. He had learnt to leave to the ability to stand when the battles come to God.
You can win your 3 internal battles.
And this is because of God’s energy, an energy deep within you, God himself willing and working at what will give him the most pleasure. Phil 2:13
You have God in your corner.
Like It? Share It

Why You Don’t Have A Spiritual Problem