We spoke and afterward, I told her that I would need to review her business plan and strategy.

She was enthusiastic and would have sent them immediately. But I told her that I would not want to receive them until I signed a non-disclosure agreement (NDA).

I told her that the documents I was asking for represent a business that she could make money from. And it was important that she protected them by making sure the people she shared them with would not steal them

I have no interest in the line of business she was going into but she had to learn this practice starting with me. 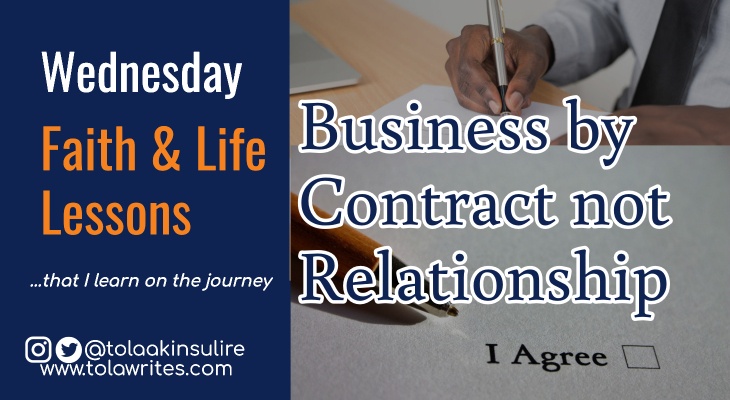 I told her I was going to be her guinea-pig for instituting this practice in her business. I drafted a simple NDA and sent it to her to review. Once she was OK with it, we would sign and she could send the documents.

Signed Agreements are not a sign of distrust of the person, they are a good reminder to the person of the need to keep their word.

And the possible effect of not keeping their word