How To Work Out Your Goals In The New Year 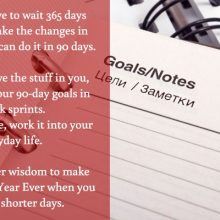 It’s less than one week into the New Year. And have I got some interesting tweets to share with you after a quick search for #resolutionfail.

“My team’s New Year Resolution lasted all of 2 days! 😂 #resolutionfail”

“Well, I can go ahead and scratch out the resolution of not cussing in full sentences when driving. 3 red light runners, 2 wide right lane turners, 6 no blinkers lane changers, & the speed limit enforcer in left lane.  #resolutionfail”

“New Year Resolution: To make it to work by 7:30am every day.  January 3rd.  Failed two days in a row.  Not starting this off the right way.  #canonlygoupfromhere #resolutionfail”

Well, studies tell us that the average person makes the same New Year’s resolution 10 separate times without success. And if you are one of those that prefer to work with goals because resolutions seem like old-school, well the jury is out and it’s not any better really.

So, what can you do to make 2018 different from all the other years you set out to run with your resolutions or goals and failed?

When God Doesn’t Say Yes To Your Plans

I don’t know if you remember this story from Luke’s account of Paul’s missionary work.

Paul had come up with an evangelistic strategy and had pinpointed the new areas he wanted to get in. But as it would turn out, God had other plans.

First, God would not allow Paul to go into Asia. “Ok, off to plan B, let’s get into Bithynia” Paul must have thought. The problem here – God still would not let him go. At this time, Paul gets the memo. “No need to move to new territories. I might as well take my time and wait for new instructions”. So, off they went down to Troas. It was while he was here that he would “perceive” that God said it was time for Macedonia to hear the gospel. Acts 16:6-10

The funny thing is that Paul never really heard God say “Go to Macedonia”, he just came to that conclusion from something he saw while he slept.

Why You Shouldn’t Believe The Frog Story 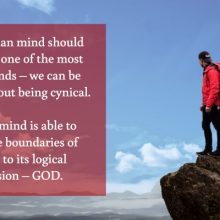 The premise is that if a frog is put suddenly into boiling water, it will jump out, but if the frog is put in tepid water which is then brought to a boil slowly, it will not perceive the danger and will be cooked to death.

The story is often used as a metaphor for the inability or unwillingness of people to react to or be aware of threats that arise gradually. While the message it is trying to teach is one to remember, the story itself is faulty.

You see, modern biologists have tested that a frog even gradually heated will jump out. It feels the heat and out it jumps.

You are not the only one who feels duped. I was on the believing end of that story until not too long ago.

Why You Are Not Unique 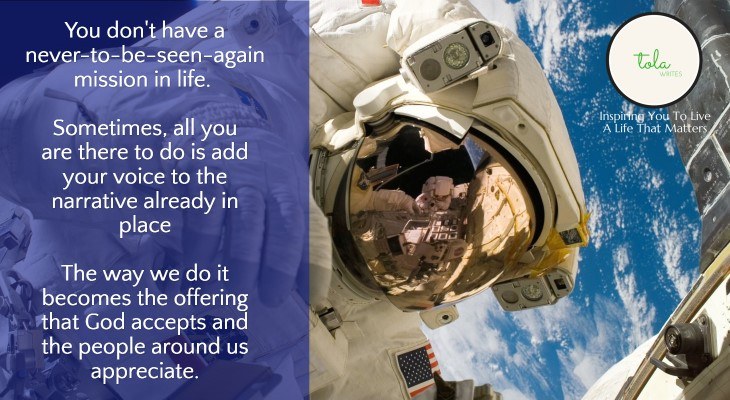 Did you ever notice how the gospel of Luke starts?

I never noticed anything different about it until recently*. The gospel starts with this declaration by Luke

Many have undertaken to draw up an account of the things that have been fulfilled among us, just as they were handed down to us by those who from the first were eyewitnesses and servants of the word. With this in mind, since I myself have carefully investigated everything from the beginning, I too decided to write an orderly account for you, most excellent Theophilus, so that you may know the certainty of the things you have been taught. Luke 1:1-3

Luke kind of starts off saying, “I’m not doing anything extra-special“, “a couple of guys have done it too” “But here is my shot at it“.

But why would he invest his life in doing something so un-unique?

I Am No Longer A Dumb Christian 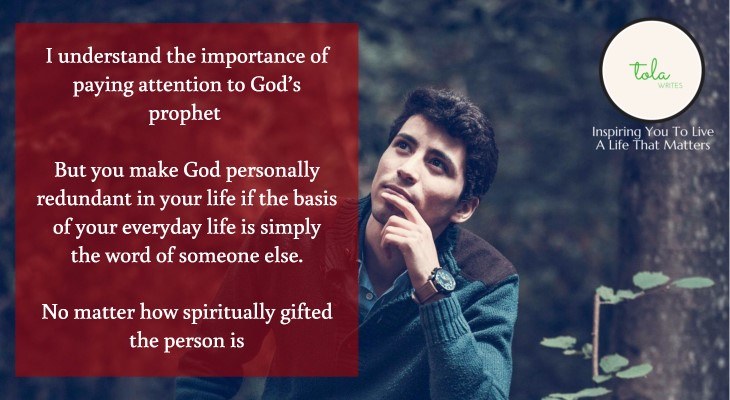 Some years ago, a leader of one of the largest church movement in Nigeria was interviewed on certain aspects that differentiate his church

During the early days of his movement, members had refused to own television sets while those that owned refused to turn it on again. Beware the power of the TV a.k.a. devil’s box

The interviewer asked him why this was so. The leader was very candid – hindsight, as they say, is 50:50.

He owned to the fact that he had grown up living his spiritual life with a focus on a prescriptive plan – a method for holiness. So, he applied that to all he did. This ended up becoming part of the theology of the movement he started.

As I write, the movement has a television ministry and even an internet lifestream for their programs

One of the most candid part of the interview was when he said “…things changed over the years, because of increasing maturity. When I was a child, I spoke as a child, but now that I am an adult…”

Popular
Recent
Why I Don’t Pay Tithes 24 comments
Time To Stop Sharing Testimonies In Church 11 comments
Did Jesus Really Stay Dead For 3 Days Before Easter? 10 comments
Why You May Not Have A Great Marriage. 9 comments
When God Doesn’t Say Yes To Your Plans 8 comments
It’s my Birthday January 30, 2021
Christmas and the Wisemen Mystery December 25, 2020
The Smart Way to Support a Political Leader God Chooses November 3, 2020
God Creates new Opportunities for Others October 15, 2020
The Uselessness of a Platform October 7, 2020
Tweet
Share
Tweet
Share
Tweet
Share