Category Archives for "Serving Others"
0 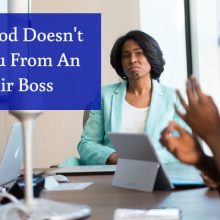 How To Live With People You Don’t Trust

He was sure that they were talking about him in a way that would not win his trust.

Better put, he was sure his colleague was discussing the new idea he shared with him with his boss. His problem with that? He was sure the guy was taking credit for the idea. Trust is a big problem with this guy.

This was one issue he saw with the guy. He couldn’t be trusted not to want to have one over anyone and everyone – even if it meant stealing their ideas.

He mentioned what happened to another colleague. Guess what, the guy had done the same thing to her!

According to her, she had adopted an “avoid” strategy with him. She zipped her mouth when around him. She also avoided any non-official interaction with him. No need to show him any form of trust.

“So what are you going to do about him” she asked him.

“I haven’t thought about it” he replied.

But he was thinking hard

How was he going to deal with this “sneaky” colleague in a God-honoring way?

Why Are Countries Blessed

Over the last couple of months, I’ve had a guy who seems to want to refute any “God talk” I put online. He usually tries to make it a conversation about countries. From his comments, there are a few things I pick out:
I try to always respect the opinions expressed by other people. No matter how much they differ from my convictions
In spite of this, I cannot help but wonder if there is a misunderstanding about God and Christianity. And if we stretch that thought to its end, a lack of connection between God and the prosperity of countries.
So what has God got to do with it?

There are a few things that get the blood pumping like talking politics.

The only other adrenaline pumping talk that matches talking politics is talking sports. Football, tennis, basketball, choose your pick. They turn one-time friends into strong rivals and create common ground between strangers.
That is a conversation for another day.
Recently, a pastor posted that any fellow pastor supporting a particular candidate is a murderer.  Very strong words. Especially if you consider that no murderer has a place in the kingdom of God

So, is it possible for Christians to talk politics, support different candidates or ideologies and still get along?