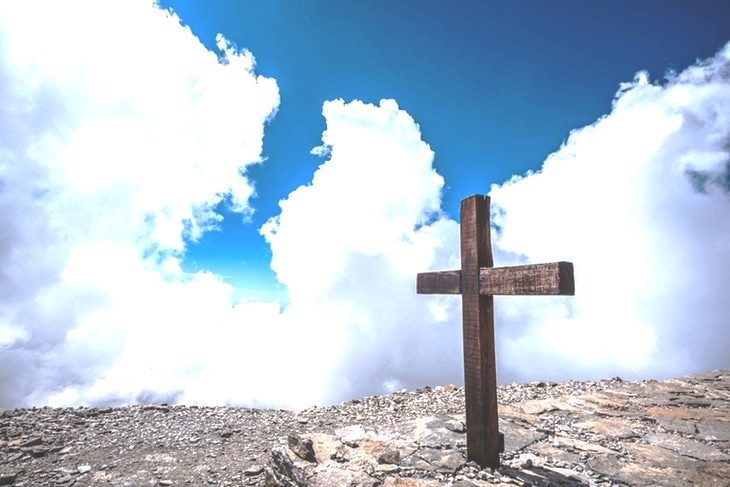 I got a message on my phone talking about how the people in government had come up with a policy that would see the end of Christianity – in a few words and more. This is not the first message of its kind and during the Nigerian 2015 Presidential elections, I got similar messages saying that voting for a particular candidate would lead to the end of Christianity in the country.

This is aside from the many more I have gotten (and still get) that would put the fear of Christianity’s future into any person. They include warnings that if action is not taken, Christianity would be overrun like what happened in a country like Turkey.

So, what does a guy like me do in the face of all this? Well, I do the simple thing – I turn to God. I turn to God for confidence because I believe that we should never act based on fear. In my quest for God, I look to the example of the disciples when they were confronted with something similar.

They came together and prayed – but not in the way we would have thought “Now, Lord, consider their threats and enable your servants to speak your word with great boldness. Stretch out your hand to heal and perform signs and wonders through the name of your holy servant Jesus.” (Acts 4:29-30).

Most of us have confused “cultural Christianity” as a reflection of the growth of “conversional” Christianity.

In the face of threats, the disciples did not pray for God to end the threats, rather they prayed for the power to defy the threats. They were not victims of the threats – they knew what real change was so they did not ask for a change of hearts without conversion.

God’s goal for us is not political power, it is for us to use the power of Christ to create conversions to Christ. No matter what happens to cultural Christianity, conversional Christianity will always thrive.

Do you know that in Iran despite the lack of cultural Christianity, the Iranian church is growing? This is in spite of the level of persecution that our brothers are going through.

In 2015, the mission research organization Operation World named Iran as having the fastest-growing evangelical church in the world. According to the same organization, the second-fastest growing church is in Afghanistan—and Afghans are being reached in part by Iranians since their languages are similar.

The simple story of the Iranian church can be summarized in just two sentences: persecution threatened to wipe out Iran’s tiny church. Instead, the church in Iran has become the fastest growing in the world, and it is influencing the region for Christ.

So, despite the information peddled by people who circulate the messages about the potential fall of Christianity in Nigeria or anywhere else in the world, nothing can achieve that as long as we focus on converting people and bringing the message of salvation to people.

I did a personal study recently on the book of Revelation and some of the things that stand out for me are:

1 – The Church of Christ will face immense odds against it

3 – God will allow the enemy to exercise tremendous power at some point even putting some of the greatest witnesses of the Church to death.

5 – God will step in when the time is right and VICTORY IS ASSURED.

The Church of Christ should never see itself as a victim

So, I chose to not be afraid when I hear that cultural Christianity is dying – as much as I like it because it allows me to live an easier life. This is because I know that conversional Christianity will always thrive

I did my national youth service in Nguru, Yobe state northern Nigeria – one of the first places to declare Sharia laws. Despite that I still had converts. Yes, I could not preach in the bus or stand on the street to hand out tracts like I would have done in the South but I got convert establishing relationships and doing one-on-one evangelism.

The rumors about the impending Christianity’s demise are greatly exaggerated.