Something happened at our home this week that reminded me of how God steps in to address problems you never knew you had.

I had gone to the hospital feeling unwell (exactly, that’s the only reason we go there)

The doctor had recommended a widal test and sensitivity of the test.

I went to the laboratory and the guy asked for samples I didn’t expect to give. I gave it and went my merry way.

At home, I had a conversation with my dad and he agreed with me that something was amiss.

The next day, I went to the lab and we had a conversation with the boss. He realized that the guy had misunderstood the test.

They went on to do the right test and the wrong test that I didn’t ask for since they had started it anyway. 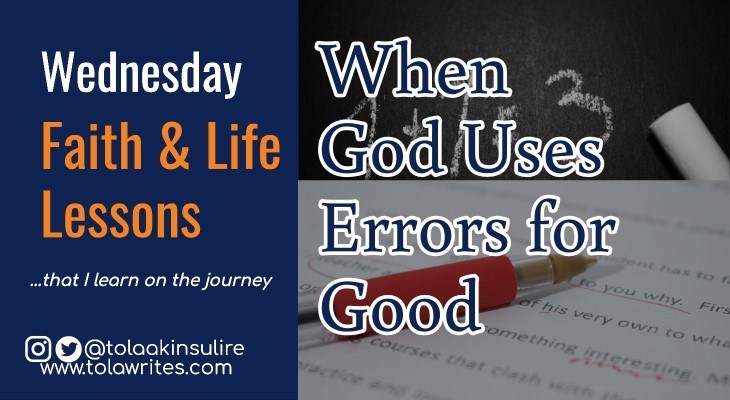 As it turns out, the test I didn’t ask for indicated that I had a bacteria infection that if not treated now could affect my ability to have kids in the future.

To solve it, all I had to do was take some antibiotics for 5 days.

It had a simple solution because it was caught early.

I realized that God may work through the mistakes of others to solve a problem I didn’t know I had.

And the same thing happened this week.