Everyone Gets a Blessing2 min read

Have you heard the only way you get blessed is if you become a Christian?

It’s a good tactic to get the crowd coming for more but not useful past its expiration date. It is callous to think that God ignores the rest of His creation who refuse to believe in Jesus.

Don’t get me wrong.

But not in the same way.

Christians are blessed through Jesus because they have become members of God’s family. It’s not because of what they do. It’s because of who they are.

Non-Christians are blessed through Jesus because of what God wants to do with the outcome of the blessings He gives them.

Not because of them.But the endgame God has in mind.

God blessed the earth, giving everything a purpose when He created them. Non-Christians will still be blessed so God can release the purpose of the rest of His creation.

Their blessing is not a sign of acceptance. It is a sign of His mercy to use ignoble objects to fulfill His purpose.

In a large house, there are articles not only of gold and silver but also of wood and clay; some are for special purposes and some for common use.Those who cleanse themselves from the latter will be instruments for special purposes, made holy, useful to the Master and prepared to do any good work. 2 Tim 2:20,21. 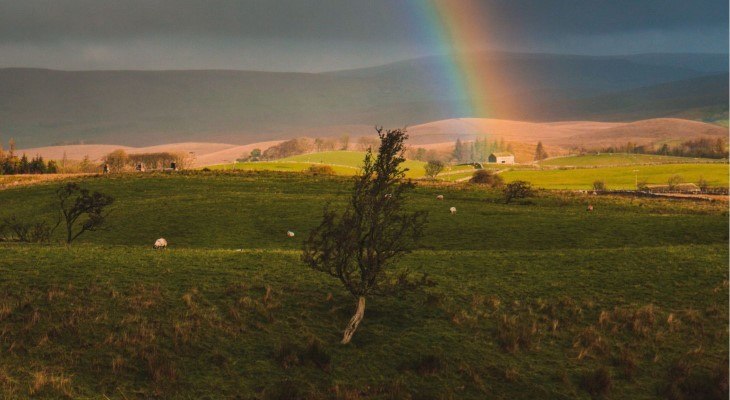 Pharaoh was blessed so he could become a footnote in the rescue story of Israel. “But I have raised you up for this very purpose, that I might show you my power and that my name might be proclaimed in all the earth.”- Ex 9:16

Daniel’s prophecy on the coming empires that would rise leading to the successes of the Roman empire spreading the Greek language and creating a network of roads to link different cities made it easy for the gospel to spread through a huge empire connected by language & roads.

Everybody gets a blessing.

Not for the same reasons.

Get in on the inside!