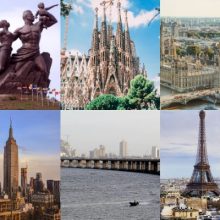 One of the biggest problems that a sense of nationhood has bred in people is a false narrative about why leaders are chosen.

We assume that when we choose political leaders, their value is solely for the impact they will create in our countries.

This is where we have to get the big picture.

God has an overall plan for the whole of humanity. Each nation has a role it plays. And the readiness of the people of a nation determines how well they play their role and the type of leaders they get.

Our ability to understand the big picture will shape how we respond to God’s choice of political leadership.

One of the biggest expectations that most of us have when new political leadership is been chosen is the hope that he or she will usher in peace and prosperity.

It’s a good thing to desire and hope for.

But what is the goal of peace and prosperity? Let me answer that with some Bible verses.

“Pray this way for kings and all who are in authority so that we can live peaceful and quiet lives marked by godliness and dignity. This is good and pleases God our Savior, who wants everyone to be saved and to understand the truth.” 1 Timothy 2:2-4 NLT

Paul asks for prayers for those in leadership so we can live peaceful and quiet lives – lives devoted to doing what enriches us. But the endgame of this is the salvation of souls.

When we forget how to use peace and prosperity to create deeper God experiences for people, we run the risk of losing it.

Each nation has a role it plays in creating the opportunities for God experiences within and outside its border.

And this has nothing to do with the state religion of the nation.

Let me use an example from history.

Daniel prophesied about the rise of Alexander the Great.

He was such a Greek military genius that he conquered the whole known world and never lost a battle. His conquest would unify the world under a common language – Greek.

Upon his death and after an intermission by the four territories that rose in his place, the Romans would begin their world conquest.

The Romans had a lot of reverence for Alexander such that the Roman generals who admired him went as far as wearing his cloak, adopting his seal, keeping pictures of him with them, and even copying his hairstyle!

Yep, more than 300 years later, Alexander the Great was still trending as a fashion and culture icon.

The actions of the Greeks (language) and Romans (road networks) in years prior were very helpful to the spread of Christianity.

The language was not a barrier to communicating the gospel in new cities and the road connections made it easier to navigate different cities.

The political leaders of Greece and Rome did not realize they were laying a foundation for the spread of the gospel.

And I still see a lot of that at play now.

And the same applies to countries that have a lot of great talent migrate into it. It’s not just because of the good times it promises.

Speaking of migration, that’s a topic for another day. A topic that has a significant role to play in God’s overall plan for humanity and nations.

Back to the current conversation.

This is one of the reasons I smile when people speak about countries that have no sense of God but who are prospering. 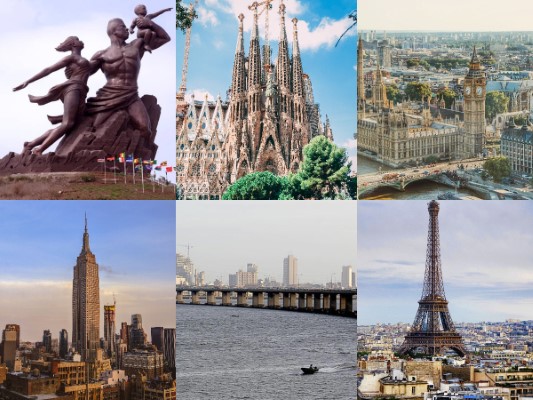 God called Nebuchadnezzar his servant to punish all the nations even though the guy was a devoted worshiper of Bell. God gave Babylon great wealth through Neb’s “punishing” conquests.

Even Cyrus who was chosen by God to release the Israelites from Babylonian captivity and order the rebuilding of the temple did not think he was doing it for God.

According to him, he was doing it because of the success the Bell had given him. He didn’t just let the Israelites go and build their temple, he let any nation that Neb had collected their worship items leave to rebuild their temples.

And he had a selfish motive.

He wanted all of them to pray to their gods for his prosperity. Call it a case of hedging your bet – he figured Bell might need some help so he called in some reinforcements.

God’s choice of using political leadership or nations has little to do with if they believe in Him.

He made all so he can use all.

The only caveat is what type of use everyone gets.

“In a wealthy home some utensils are made of gold and silver, and some are made of wood and clay. The expensive utensils are used for special occasions, and the cheap ones are for everyday use. If you keep yourself pure, you will be a special utensil for honorable use. Your life will be clean, and you will be ready for the Master to use you for every good work.” – 2 Timothy 2:20-21 NLT