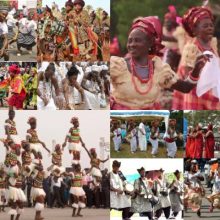 Now and again, I hear the agitation here and there that it’s time for Nigeria to split as a nation.

The agitators want the predominantly Muslim north to go its way while the south picks its direction.

I have no problem with non-Christians making these statements. My concern is more with Christians who join the bandwagon.

There is a misguided concept that Lord Frederick Lugard forced the amalgamated nation on us.

Some have even come up with a mystical reason why we should not have existed as a country. According to them, some dark forces came together under the ocean to create Nigeria.

Nothing could be more ridiculous than this to a Bible-believing Christian.

God has complete control over His creation and nothing happens without His say-so.

Yes. I said it. Even the bad stuff. We can jaw-jaw on that another time but let’s stick with today’s conversation.

Do you know that even the lying spirit that deceived Ahab’s 400 prophets couldn’t go until God said “you will succeed. Go ahead and do it” 1 Kings 22:22

Yep, unless God “blesses” the efforts of wicked actors, they don’t succeed.

So, let’s drop this false narrative that God had no role to play in creating the amalgamated nation called Nigeria.

And I would surmise that His reason for this was this – to give more people an opportunity to hear the gospel.

But I would be remiss if I don’t recognize some of the reasons for these “dis-amalgamation” sentiments.

Part of it comes from stories of Christians killed or kidnapped in Muslim dominated north.

I’m not unmindful of this. Let me  share a story with you:

Pastor Emmanuel Maigairi was preparing for bed on the evening of Feb. 27, 2021, when the sound of gunfire erupted outside his home in Nigeria’s Kaduna state. Within minutes, three dozen Fulani Islamic militants had burst into the house.

Pastor Emmanuel, his wife, Ladi, and his mother-in-law were abducted and led into the bush by the armed men. Though they released Ladi and her mother, Pastor Emmanuel was held by the kidnappers for more than a month; he was kept bound and blindfolded throughout the day and endured maggots crawling around his hands and feet at night. The militants beat him frequently, sometimes so severely that others in the camp feared he had been killed. Despite repeated threats and beatings by his captors, Pastor Emmanuel remained firm in his faith.

“If God says I will die here, then that will be my fate,”

After just over a month in the militants’ camp, Emmanuel was released and returned to his family. He wept with joy as his blindfold was removed and his eyes gradually adjusted to the light.

From Voices of the Martyrs newsletter

I know stories like these, and not all of them have endings without bitter tears.

But I also know stories of people who may not have had the experience of the gospel if someone from southern Nigeria had not moved to northern Nigeria.

And these come in different forms. A company could have moved their staff, an unexpected job opportunity showed up, or graduates show up there doing their mandatory 1-year national service.

I had my National Youth Service in Yobe State, northeast Nigeria.

My time was before the days of mobile phones. I served in Nguru local government, and we had some towns in the Niger Republic as not too far neighbours.

Our presence provided improved educational support for the students. Some of us taught better than some of those students had ever experienced.

Beyond that, we have the gospel expression through the lives we lived. I got to preach in local churches and even held a free School of Worship training for music ministers, bringing out-of-town ministers to help.

We held outreaches supporting the work of existing local churches. It’s a kind of support that they would not have gotten if we are not an amalgamated Nigeria.

Did I tell you that there were risks?

Travelling through the north was not always safe. You had the local highway bandits nicknamed “Kwanta Kwanta” because they would ask the road travellers to disembark and lie down as they robbed.

No need to alarm my parents, I didn’t tell them about these as I made trips across the north.

In Nguru, there was only one business centre that you could use to reach the outside world on phone.

When you went there, you had to pray for mercy from NITEL (the national telecommunication service provider at that time) else your trip was a waste because there was no dialling tone.

I don’t think my parents heard my voice on the phone throughout my stay.

There was no integrated banking system. When you ran out of money, you couldn’t call home (no thanks to NITEL) or expect a bank transfer to grow your money bag.

Funny story, I stayed an extra few weeks after my NYSC to conclude on some Christian Corpers Fellowship matters. I sent someone to drop a letter to my parents so they could know I’d be arriving later.

The guy got caught in the excitement of being back home and forgot to drop the letter.

My parents were worried but they couldn’t do anything because they were planning the wedding of 2 of my close cousins.

My dad said he was contemplating maybe travelling once the event was over.

You can imagine the relief when I showed up a few days after the wedding.

And yes, I didn’t know my cousins were getting married because there was no phone.

By the way, I haven’t told you that Nguru was the first to declare itself a Sharia-governed Local government in the state. So, I lived under Sharia law.

Why did I go into all these?

To highlight that as Christians, serving northern Nigeria has never been without risks.

I also do not minimize the current risks by saying previous risks were greater.

Each generation will face a risk commensurate to the responsibility that God has placed on it.

Even as I write, I know of people who have committed their lives to serve the North, no matter the risks. Whatever it takes.

I know a pastor from the south who has committed to serving in Sokoto state. He has a British passport but considers it nothing to continue serving there for God’s glory.

During the height of the crisis in the North, friends and relatives asked him to send his wife and kids to the south. His response “would you all take in all the families of the members of my church? My family is safest with me under the protection of God.”

Years later, they are all still safe as he goes across the north preaching the gospel.

I know of pastors who as a sign of their commitment to the north decided to buy huge parcels of land.

This was their Jeremiah-prophetic-action to declare their faith in the prosperity of the area and action-aligning-with-prayers.

Do you know some communities continue to exist simply because the north is still under the banner of a secular nation?

Dis-amalgamate and some of them would be swallowed up to exist no more as communities with a different set of beliefs.

Having written all these, I am also not unmindful that most things never remain fixed on stone.

No matter how God wants a thing, if people don’t want it, then it’s not going to happen.

Remember how the people of Israel got their first king? God did not want them to have a king at that time but they insisted and God gave them a king.

Imagine that. God didn’t want it but they were so fixated on it that God gave it to them.

The problem is that such things never bring us the highest good. It’s like the time Israel asked for meat in the wilderness after they had done a social media rant about manna.

They got meat but it was also a “leanness to their soul” because they wanted it as an act of dissatisfaction with God.

I could bore you with more examples but let me turn your attention to these verses that capture how God works in these situations.

Tell them, ‘This is what the Sovereign LORD says: The people of Israel have set up idols in their hearts and fallen into sin, and then they go to a prophet asking for a message. So I, the LORD, will give them the kind of answer their great idolatry deserves. I will do this to capture the minds and hearts of all my people who have turned from me to worship their detestable idols.’ Ez 14:4,5. 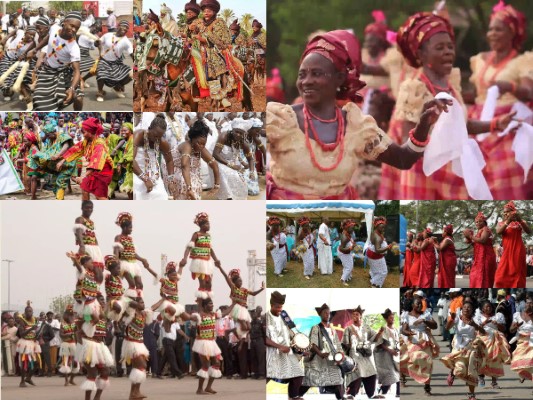 This is one of the reasons I remove the idolatry of looking at my region first.

Rather, I look and I tell myself, “God created Nigeria so He could have a Church of Nigeria.” A collection of people with different languages and physical characteristics joined together under the banner of Christ, where one part supports the order in the afflictions and tribulations they each face.

I look at Nigeria my country from the perspective of the parable of the hidden treasure. The man bought a whole field just for the treasure in the field (Matt 13:44)

God went to great lengths to create one nation with one goal of having a unified Church.

And that is why I cannot forget my brothers in the North.

May we always remember that we are ONE IN JESUS. Amen

God, Politics and National Election (2 of 5)