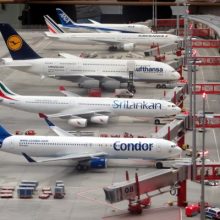 In part 2 of this series, I mentioned in passing how migration has a significant role to play in God’s overall plan for humanity and nations. Its importance warrants a stand-alone discussion and that’s why we are here.

To understand migration, we need to start with the 5 groups of migrants.

1 – The Fair Weather: They migrate because they are looking for a location that promises good times. And they are open to moving from one location to another as long as the next location promises something better than where they currently are.

There is nothing wrong with this. And God has been shown to use people’s desire for wanting something better to achieve his plans for nations.

2 – The Preservers: They move or are moved to a new location because God wants to preserve the prosperity of the new nation or delay judgement. Think of this group of people as the rest of the 10 good men that were not found in Sodom & Gomorrah so that judgement could be held off.

Think of Abraham leaving Canaan for Egypt when there was a famine and returning to Canaan with lots of wealth.

Think Nehemiah who was the cupbearer of the king and because of his passion for the people of Israel, he also held the position of governor.

5 – The Replacers: They are there for just one purpose – they leave their countries of origin to go into another country where given time, they eventually replace the people there as the majority.

If you are an immigrant and as you were reading, you were trying to see which group you fall into, I got news for you.

You are doing the wrong thing.

I listed these 5 categories not so that you can place yourself into a box but to try and understand the direction God is leading your life.

We can all agree that number 1 is the lowest level. This is followed by Number 5.

Why did I put Number 5 in that group?

Because most times, people in this group have no clue about what the bigger grand plan God has for their lives is. They are simply moving to a new country with the rest of the crowd moving.

Numbers 2-4 understand that they play a bigger role in God’s great plan for humanity and nations.

And that’s where I want you to play.

We need to first understand how God uses migration as a tool.

The overarching goal for humanity is that God will have people who live in His image. This is why Jesus came into the scene. And afterwards, the objective has been to give more people the opportunity to experience Jesus.

God has a story written for all of humanity.

And we all have a part to play in getting it lived out.

I’d like to use a case study of the original inhabitants of Canaan.

The Canaanites were so bad that God had a two-pronged plan to take the land from them.

Most of us are familiar with the Israel-Canaan takeover plan. But there is another group that God introduced into the mix.

Ladies & gentlemen, meet the second part of the two-pronged plan  – The Philistines.

According to prophet Amos, God moved the Philistines from Crete to Canaan

“Are you Israelites more important to me than the Ethiopians?” asks the Lord.“I brought Israel out of Egypt, but I also brought the Philistines from Crete and led the Arameans out of Kir.”  Amos 9:7

The Philistines might not have thought much of the move. They were probably thinking “it’s better on that side of the world so let’s get there.”

I imagine they might have been “less bad” compared to the Canaanites which is probably why God brought them to take over part of the land.

But I guess with time, they also got corrupted by the Canaanites.

Don’t only take my word for it. Even science has confirmed some of the stuff I just wrote.

National Geographic brought up a report based on DNA recovered from an ancient Philistine site which confirmed that the Philistines came from Southern Europe, and probably more specifically mainland Greece, Crete, or Sardinia. And the genetic signature disappears within 200 years probably due to dilution from intermarrying with the local population.

There may have been different reasons for the migration by the Philistines to Canaan. There could have been bad economic times in Crete, maybe their neighbours became too powerful and took over their lands or maybe these guys were just adventures looking for new frontiers to plant their footprint in.

On the outside, you could say the Israelites were running from the oppressive regime in Egypt so they could get their own piece of real estate and plant their flag.

They both came to Canaan as part of God’s grand plan for humanity and nations.

So, what does it mean for us?

First, moving people around will continue to be one of God’s ways of re-creating new orders across different nations.

Second, some of the problems we will see in some nations have more to do with where God want to send their citizens. Some of these people go into new nations and become a majority of the population.

Third, a lot of countries termed as “ungodly” will see an influx of immigrants with “godly” values (not necessarily Christians) whose presence will preserve their peace because of what God wants to do through those nations.

Fourth, the moving of migrants from the same countries into different countries will start to minimize the perception of differentiation by countries. People will start caring more for other nations because people connected to them live there.

Lastly, migrants with a strong sense of innate value will be able to do more for their new countries and countries of origin. And this is not restricted to only Christians.

If we avoid the trap of living as the “fair weather” or “Replacers”, we have a great opportunity to make advances that will give more people the opportunity to experience Jesus. 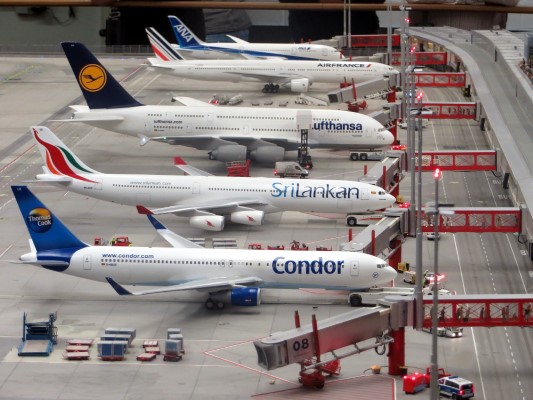 I am very careful about the last point.

One of the mistakes I see some Christians make now and again is when expecting that the best advances in all aspects of life should come from Christians. And where this is not happening, they think it is a failure on the part of the Church.

That is an over-realised eschatology.

God is still the maker of all – Christians and non-Christians. He can choose to use either one. And it’s not always because Christians are not stepping to the plate.

In a large house, there are articles not only of gold and silver but also of wood and clay; some are for special purposes and some for common use. – 2 Timothy 2:20.

Advancing technology, making mega millions to support social causes, creating healthcare breakthroughs and the like – are common use. Doing everything including “these” in a way that people experience Jesus, that’s a special purpose meant for only Christians.

That’s why I think we should be committed to doing all we can with all we have been given in a way that helps the people around us see Jesus. In the process of doing that, we might create a breakthrough or hit the mega cash payload.

But we will do it without letting our most important life relationships suffer for it.

God, Politics and National Election (2 of 5)