Not Every Opinion Must be Shared2 min read

One of the things I fight myself from succumbing to is the pressure from social media to always respond to every argument I disagree with.
I often have to reteach myself that my time is valuable and I need to place importance on addressing the point that adds the most value per time.
On a WhatsApp group, I am in which is made up of Christians. A Christian leader in the group blurted out that God had no hand in the creation of Nigeria as a country.
The fault or glory of that hangs primarily with the British colonialists, in particular Lord Lugard. Therefore, the problems of the mismatch of cultural thinking by the various tribes joined to become Nigeria come from them.
His angst came from a recent event in the Northern part of Nigeria, dominated by a Muslim majority, where a musician was sentenced to death for blasphemy.
I knew immediately this was wrong and I was going to fire a response. But I felt a nudge in me, I was not meant to respond.
I understood later why I didn’t need to respond

The last part of the text I quoted in Proverbs reminded me that I needed to raise the level of the conversation.
Unless people understand the power of God better, it would be foolish to have a conversation on the matter.
And that is what I need to bring into the conversation
I need to show him and anybody else in his boat how God displays His power. Unless they see God’s power, everything else is mute.
It’s like the example of Jesus and the Sadducees—religious leaders who say there is no resurrection from the dead. 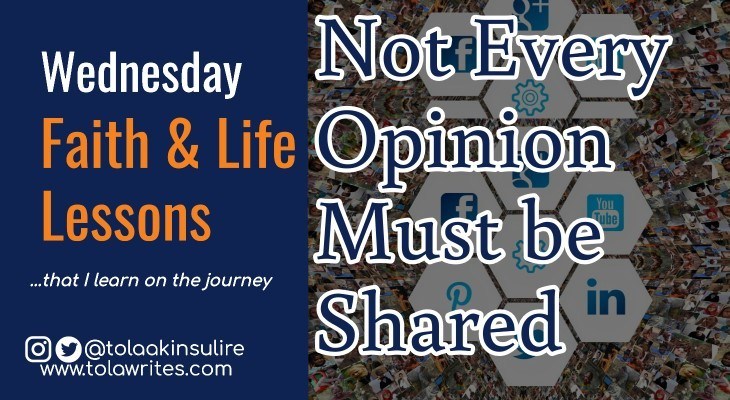 They asked him about a woman married to 7 brothers and who she would be married to at the resurrection.
Jesus said the conversation was mute because they “don’t know the Scriptures, and the power of God” (Matt 22:29).
He then proceeded to show them both.
I hope I can achieve that when I put my response together
Like It? Share It