I was with a group of married men this week. We have been meeting for a couple of weeks to learn about how we can add more value to our marriage.

During our conversations, we talked about how we have been dealing with sexual temptations. The first point by most of the guys was that sometimes one of the best way to win the battle to run from the battle

I told them my practice of physically turning my head the other way when I’m walking and see something I consider too sexy. My motto is simple – if I can keep it from my eyes, I can probably keep it out of my mind. It reduces the emotional battles I have.

Other guys talked about how they would cover with one hand unsolicited pop-up images when they were browsing neutral sites or even reading newspapers with suggestive advert images.

One of the AHA! of the evening can from a guy who told us a story of what he had to do while waiting at a train stop to travel. He met a lady who was loaded and ready. To escape, he grabbed his traveling bag and started running like a bat out of hell.

If you saw him, you did think he was late for his train and running to catch it. But that was how he kept himself from getting on the highway to hell.

The mind can only resist for so long. The body needs to take action. 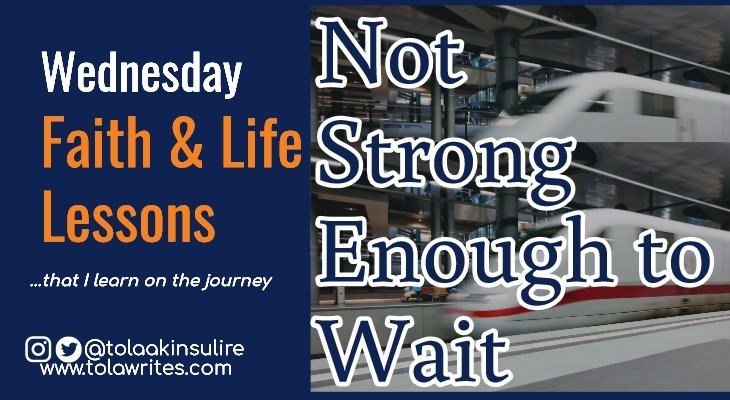 It’s interesting that the Bible tells us to resist the devil but advises that we should run from sexual immorality (James 4:7 & 1 Corinthians 6:18)

I will not debate the theological merits of taking a stand against sexual temptation. I am taking the other option to only fight when I can’t run.

Running will always be my first option

So help me God