One Decision to Rule Them2 min read

I was listening to an American pastor talk about how a decision he made with the leaders of the church, in the wake of COVID19, to not resume for services till the end of the year.

The church is on the top 5 largest churches in the USA by attendance records so it’s a huge thing. Well, not all the church members took it well. A couple of them left voicemail or emails that they were leaving the church.

Well, he did something a bit unusual. He got the phone numbers of most of the people who said they were leaving and called them directly.

It took a while for the people to believe it was him on the phone when they picked his call.

After the initial shock that it was him, they would go on to say how much the ministry of the church has been to them and their family including their children.

One man went on to tell him how his marriage has been saved by through the man’s ministry.

But because of the decision to suspend Sunday service, they would not be part of the church anymore. 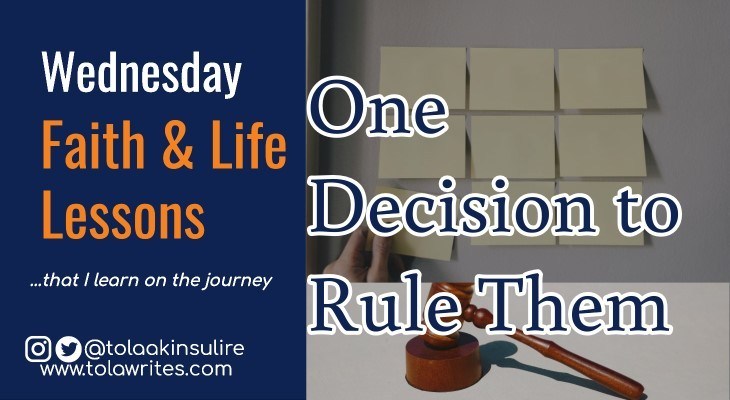 It’s interesting how one decision can rule over how we view a consistent life of showing Christian example.

Every decision is filtered through the eyes of politics and sadly, the church has been drawn into it.

By the way, the pastor went into details to explain during the sermon how they came to the decision.

They made the choice as the way they saw best fit to serve their community during this season. They still continued to meet in small groups and cells.

I am learning more every day that there are issues to die on and there are some that we can all get along with – if we chose to.

It is Christian charity if we live that way.

Our faith should define how we do politics.

Politics at its highest good cannot create the world that Jesus wants or bring His kingdom come.

It can make the world a little easier to live in if it can be used for good.

But the greatest good to humanity is the gospel.

And we should never make politics equal to the gospel.

The gospel rules over all.