It has taken me years to learn this and even more years still trying to practice it
It’s something I picked up from watching Jesus answer people’s questions.
Instead of giving answers, He would give them a fresh perspective which they could use to answer their own questions.
I got to practice a bit of that this week.
Someone responded to something I had written last week  – you can read the full stuff here
Anyway, she asked “does a decree not mean it was allowed ‘Tomato ToMAto’? 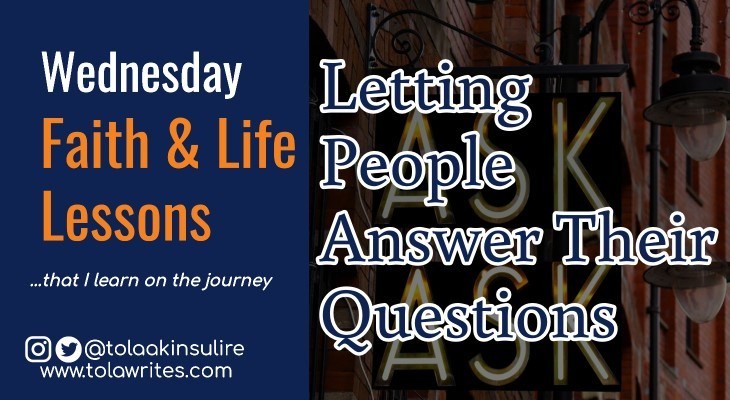