Why Shouldn’t You Relocate?7 min read

I heard someone once remark “Bill Clinton can find 3 sides to a two-sided argument”. Well, someone else did a “Bill Clinton” recently during a round of passionate arguments

The two sides of the argument were:

– the economic situation in Nigeria is not looking promising. So, if you have the opportunity to relocate, take it

While these two sides were going mano-a-mano, someone slipped in a third side – “part of this problem is because I was born in Nigeria. If my parents had taken the opportunity to have me in a country like the US, I would have had better opportunities”.

This third angle was a curve ball no one was expecting.

So, which of the three sides makes sense?

The Heart Of The Matter

I think the guys arguing were not just doing it for the fun of it.

To borrow the regular church term – it was partly about figuring if they could make decisions that didn’t take them out of the will of God.

I once did a post on the perfect will of God which I think will be a good use of your reading time if you check it out.

But these conversations deal more on how God shows His plans to His kids.

Dealing With The Third Side

Let’s deal with the elephant in the room before we go on. Can we really keep blaming our lot today on the situations of our birth?

Well yes and no.

Yes, you can’t deny your birth but no you can’t blame it for all your lot in life.

I don’t even have to run you through scripture – you only have to look at people who were born on the other side of town who ended up making it in life.

But since you guys are scripture-loving folks, I’ll give you one from there

Joseph was born in Haran, grew up in Canaan but ends up becoming prime minister of Egypt. He got a job that ordinarily should go to a native-born Egyptian.

He grew up in a family of shepherds and got the job for a technocrat. How did he get there?

That is a chat for another day but the summary of it is that he learnt the skills for administration and strategy from running Potiphar’s house & the prison well.

Button line, his suffering became his training, building the right skills for running a country in him.

The summary – the location of your birth does not limit how far you can go.

And We Are Back

So back to the two sides that started the whole argument – To relocate or not to relocate.

Since we started on the path of scripture references, I’d like us to continue that route.

To help us, we would be using 3 characters who have a common thread. I think it is probably easier to understand using people who have a strong common interest.

All three were given a promise – they were to have and live in Canaan as their permanent possession from God.

In The Beginning was Abraham.

Abraham was the first guy to have the promise of Canaan. While He was living in Canaan, famine strikes.

At that time Abraham evaluates his options and decides to relocate to Egypt. And God did not stop him. I bet some of you guys would probably reply “God didn’t stop him when he went in to Haggai either even though that not God’s plan.”

But that is exactly the point. God trusted Abraham enough to believe in Abraham’s commitment to holding out for the promise of Isaac. Yes, Abraham chooses a quick fix of Ishmael but he did not lose his faith. (Rom 4:20)

Small trivia – Abraham had more kids than Ishmael & Isaac. He also married another wife – I guess probably after the death of Sarah (Gen 25:1-6)

Back to the relocation. Abraham analyzed the situation, made a decision and went to Egypt. And God did not stop him even though Abraham had a promise that should ordinarily keep him in Canaan.

Well, bad times seem to roll in cycles for Canaan.

Once again, during the time of Isaac, there was famine in Canaan. Guess who else had the lucky draw? Egypt!

I bet Isaac gave relocating to Egypt a thought or two, but he didn’t get the same pass his daddy got.

God told him to stay back in Canaan. And he did not die of starvation staying in Canaan.

There was no way Canaan was going to miss out on going a third time.

So, Jacob a.k.a. Israel experiences another famine. But I guess he got the memo handed down from his dad so he didn’t even try to make the Egypt relocation plan.

Everything was going according to plan until Prime Minister Joseph interrupts his life.

Jacob was probably musing in his tent, afraid that one or all of his boys would not come back from Egypt. Suddenly, all eleven boys come in with spectacular news – Joseph is alive and wants in Egypt pronto.

They came back with wagon and supplies to prove they went not kidding.

Jacob (remembering his dad’s memo) probably had fears about going to Egypt – God tells him it’s OK to go. This is despite the fact that God had promised him that Canaan is the land of promise for him. 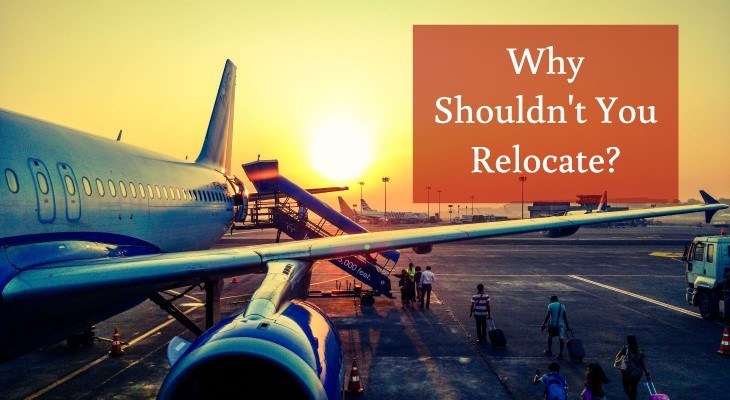 Putting The Three Together

There is no one way that God expects us to come to a decision every time but I think there are certain things we need to remember when we make our decisions:

1 – Never Be Afraid for The Future: It’s ok to have doubts about the future but bring the doubts to God. If you notice God’s guidance to Isaac & Jacob, He addresses their doubts – Isaac – you’ll survive in Canaan, Jacob – the future for you and your kids is a wonderful one. Gen 26:2-5, 46:3-4.

2 – Never Be Afraid to Think & Plan: Sometimes God expects you to discover the next step for your life by thinking through. If you think this does not work, remember Abraham.

3 – Live Every Day to Make God Happy: Make your choices with the goal to make God proud of how you served the people around you – starting with your family. Always remember, God is more concerned about you making the right than you are. Notice how He stepped in to help Isaac make the right decision. Isaac was probably thinking of going to Egypt like his dad did until God stopped him.

Why Shouldn’t You Relocate?

I don’t believe trying to relocate is wrong but doing it out of fear shows a lack of faith in God’s ability to keep His promise. This is something that God would not want His kids to live by.

Like Abraham, some people simply think through and look for the next best spot to plant their feet. Nothing wrong with that as long as it is not driven by fear of the future.

Or like Jacob, you might get transferred by your job, get married to a partner who takes you to a new location or something of the like.

These choices can be made as long as you keep those three points in mind.

God is always ready to step in when we have doubts to be addressed or about to make the wrong decision.

God will always take care of you whether in Canaan through the famine (remember Isaac) or in Egypt a new territory (remember Jacob).