You Just Might Save That Colleague’s Life4 min read 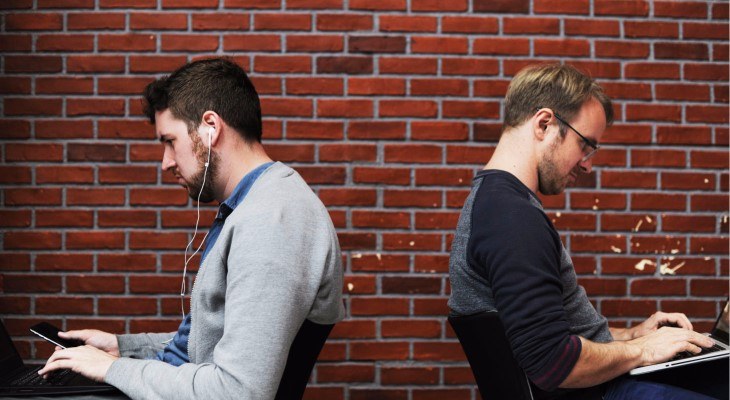 Tim Sanders, leadership coach, former Chief Solutions Officer at Yahoo! and author of book Love Is the Killer App, tells a remarkable story about a young manager named Steve, who was challenged by one of Sanders’s radio interviews.

Steve made a decision to visit all of his six employees whom he had not seen face to face in over six months even though they worked in the same building and on the same floor. His plan was to tell each of them how much he appreciated them and name one thing they did excellently.

After the visit from Steve, one of his software engineers, Lenny, presented him with an Xbox gaming console. Steve was surprised, as he knew Lenny had taken pay cuts over the last year.

But he was more surprised to learn that the money had come from the sale of a nine-millimeter pistol—a pistol Lenny had bought months earlier with the intention of killing himself. Lenny told him of his mother’s death the previous year, and of his ensuing loneliness and depression:

I started a routine every night after work: eating a bowl of Ramen, listening to Nirvana, and getting the gun out. It took almost a month to get the courage to put the bullets in the gun. It took another couple of months to get used to the feeling of the barrel of the gun on the top of my teeth. For the last few weeks, I was putting ever so slight pressure on the trigger, and I was getting so close, Steve—so close.

Last week, you freaked me out. You came into my cubicle, put your arm around me, and told me you appreciated me because I turn in all my projects early, and that helps you sleep at night. You also said that I have a great sense of humor over e-mail and that you are glad I came into your life.

That night I went home, ate Ramen, and listened to Nirvana—and when I got the gun out, it scared me silly for the first time. All I could think about was what you said—that you were glad I came into your life.

The next day I went back to the pawnshop and sold the gun. I remembered that you had said you wanted the Xbox more than anything, but with a new baby at home could not afford it. So, for my life, you get this game. Thanks, boss.*

Sometimes in the frantic pace of work, we all forget that our colleagues are human with emotions and a life worth valuing. We probably think that they run like software on our PCs – send in the data, their internal code runs the data and voilà, the report is out.

Fortunately, I have not had anyone commit suicide but maybe they may have lived better if they know that someone appreciates them for who they are. So, going forward, here is my plan:

1.Appreciate them for trying to look their best

In case you don’t know, well-dressed people have a way of improving the mood when they are around. Our faces brighten up when we see beauty – tell them that is human nature.

2.Appreciate them for trying to be at their best

Doing their best on the job every time is a gift which needs to be appreciated. They could get away with doing just the bare minimum.

3.Be there for them when they are not at their best

The bestselling author of Love Does, Bob Goff said, “The best advice I’ve been given when I’d failed was a hug”. Actions speak louder than voice but it helps to sometimes say the words – let them know that there will always be second chances, third chances, fourth chances and…you get the idea, right?

♥And when the opportunity shows up, introduce them to the gospel if they have not experienced it. This is probably the ultimate value you can offer to them. They are worth a piece of real estate on the earth both now and in the next life.

We spend most of our waking hours at work and it’s time to make those hours count for more than the bacon we bring home.

Let them count for making life better for the people we work with.

To Get Latest Update

You also get my free ebook Your Life Matters - A Guide To Crafting The Story Of Your Life immediately.

How To Cheat Work For Home Sake

How A Finance Guy Ends Up With An IT Certification

Wow!
Simple things to do however the effects are long lasting &life saving .
Thanks bro for sharing this.
Truly appreciate thee, Daddy AJ.

Popular
Recent
Why I Don’t Pay Tithes 24 comments
Time To Stop Sharing Testimonies In Church 11 comments
Why You May Not Have A Great Marriage. 9 comments
Did Jesus Really Stay Dead For 3 Days Before Easter? 8 comments
When God Doesn’t Say Yes To Your Plans 8 comments
When God Uses Errors for Good September 25, 2020
One Decision to Rule Them September 16, 2020
Letting People Answer Their Questions September 2, 2020
A Peddler of a Strange Gospel August 26, 2020
Not Every Opinion Must be Shared August 19, 2020